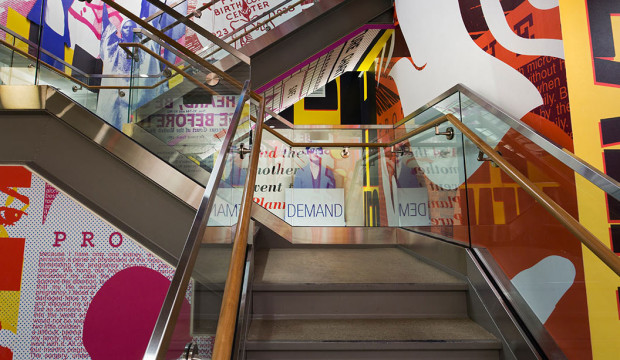 We spotted this excellent example of wide format (commonly known as outdoor media), on the Pentagram blog. What we love about this project is the use of a not often spoken about product that we stock – wide format media eg billboards, point of sale, window and floor graphics, banner vinyls, light boxes and indoor/outdoor advertising. A big thanks to the Pentagram team for allowing us to post their story, a snapshot of which appears in the ‘Snippets’ section of our first edition of Spot. Speak to your paper specialist for a copy.

Planned Parenthood is America’s most trusted non profit provider of reproductive healthcare (an estimated one in five American women have chosen Planned Parenthood for healthcare at least once in her life and the organisation is currently powered b 9.5 million activists, supporters and donors nationwide). Paula Scher and her team designed a large-scale installation for the company’s new national headquarters in Lower Manhattan. The main mural goes up three staircases and was timed to coincide with the company’s centennial in October 2016.

Paula Scher and the team researched historic images, settling on about 30 in the end. They used a century of ephemera – a mix of newspaper ads, instructional posters from clinics, protest posters, pins, photos of protests, and other historical material (created by Planned Parenthood) for the mural.

To enhance image quality, they digitised them, then applied the Planned Parenthood colour palette (with the addition of bright yellow to tie in the environmental graphics into the existing brand identity). The design team worked closely with the architect and leadership team at Planned Parenthood to develop the installation. And other than the main installation, smaller murals appear on walls throughout large conference rooms and other meeting spaces.

As it states on the Pentagram blog: “The installation acknowledges the important role that activism and posters, placards, symbols and other graphics have played in garnering support. Many of the designs were originally created by grassroots activists, and the mural is a tribute to their impact in the movement for reproductive rights.”

To bring the mural to life, vinyl wall-covering built in layers for a dimensional effect, was installed. Acrylic forms were cut-out and mounted over the surface. The murals were a hit and now other Planned Parenthood offices want in on the action to. So do we Paula and the team, so do we. Fancy a trip to Australia??

If you’re one of our customers, visit the wide format section of our website for the products we carry that are similar to what Pentagram have used for the Planned Parenthood installation. If it all gets a bit much, call your paper specialist or account manager and they’ll be able to guide you in the right direction. 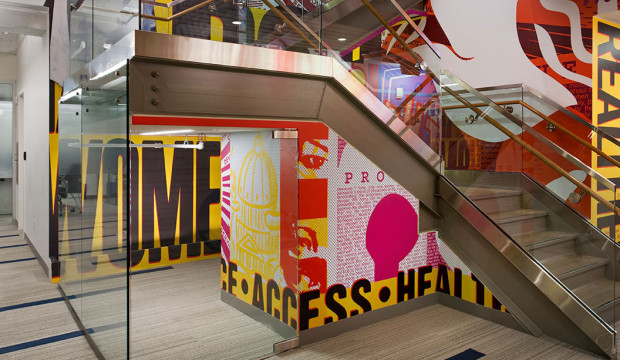 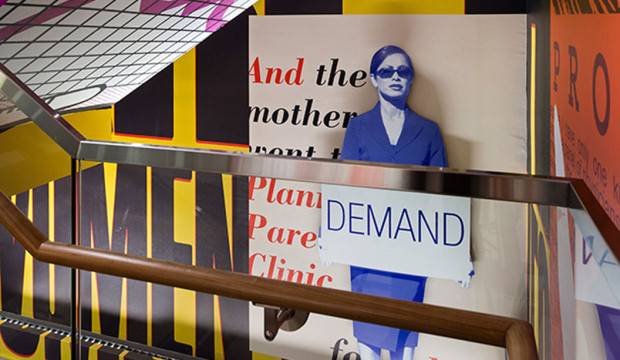 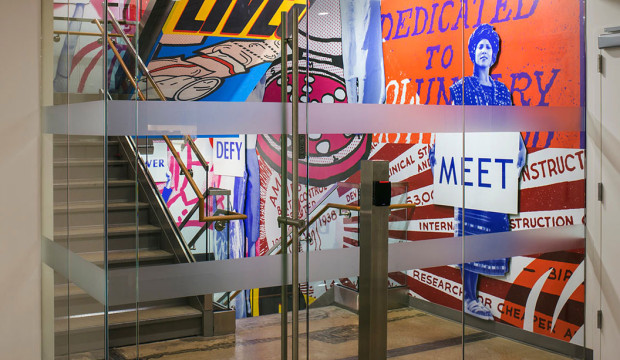 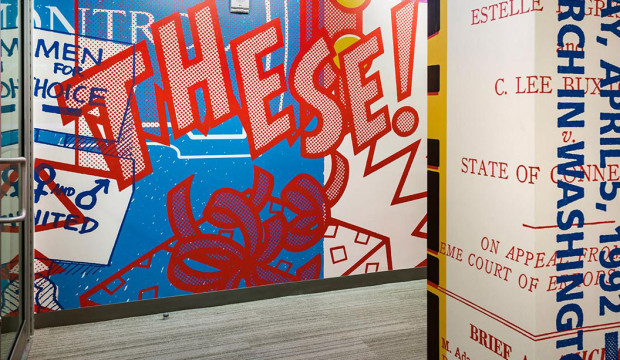 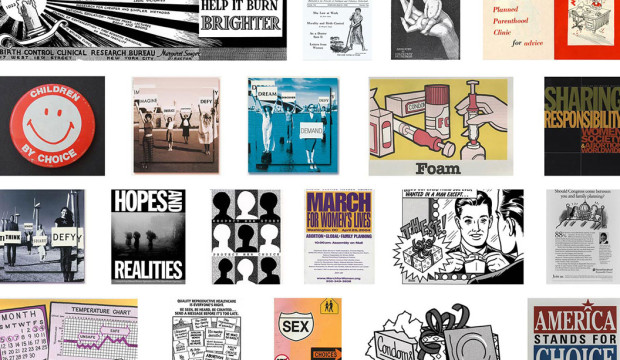 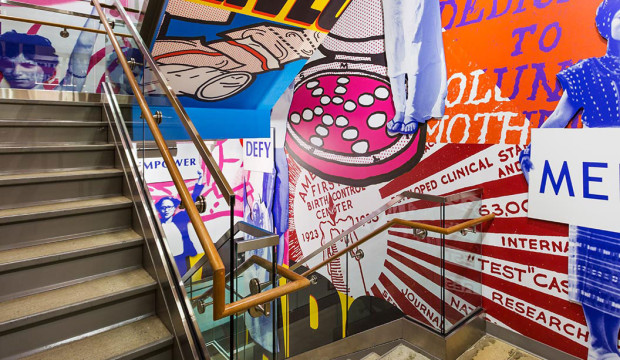 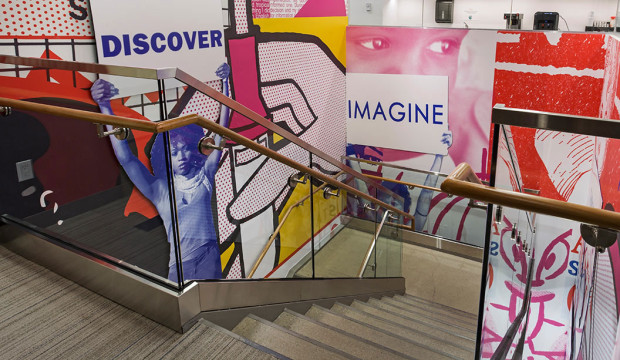 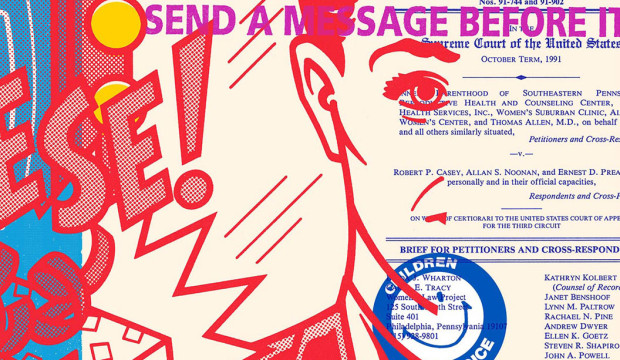 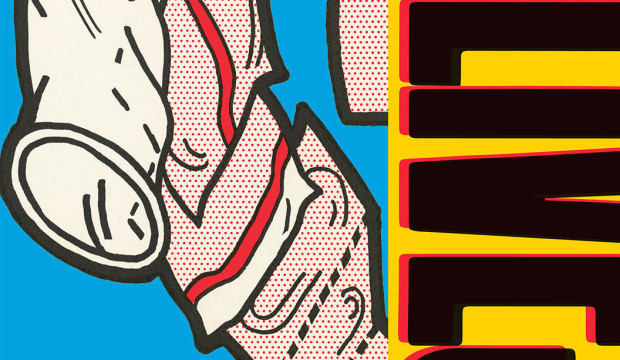