Home / Blog / Our TAS office gets a dash of colour! 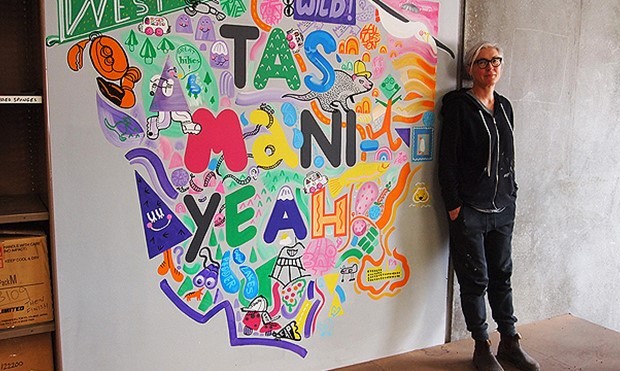 The concept originates from a children’s magazine she was working on at the time that has since been published. Suzanne (aka @pofo_illo on Insta) painted the amazing mural on the mezzanine in the warehouse. We had a quick chat with her on the why, what and who!

Tell us about yourself:

Well, my name is Suzanne. I have illustrated and art directed for most of my career. I started art doing illustrations for the newspapers then I graduated from the Australian Film Television and Radio School and worked in children’s television as an art director. Along the way I started drawing under the name ‘Pofo.’ A UK greeting card company published a cartoon series I had made under that name and it has kind of stuck since. Pofo was a deliberately anti-digital, loose hand drawn style. I had been doing a lot of heavy digital work for years and I needed a break. I’ve come back from that time now and do all sorts of work. 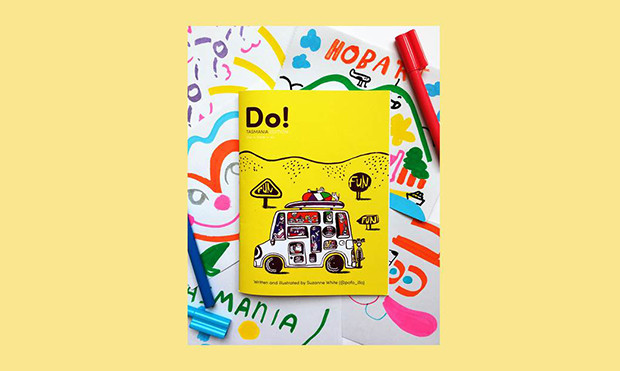 Why did you want to paint this mural?

I had done some private big painted works on canvas and spare bits of left over house renovation materials, which were really just a free for all; loosely planned, lots of drippy paint. I really enjoyed these works but I wanted to extend myself a bit further and lift my skills. I set myself a couple of goals, one, transferring a design using a grid onto a big wall space and and two, paint with a bit more precision. I also wanted to try out different materials such as paint pens. On a personal level, the mural was a chance to see where I was at with my drawing and drafting and where I wanted to go with my craft.

Why Ball & Doggett Tasmania?
To try all this out and get some practice I needed a bigger space than what I currently had access to. I would drive past the Ball & Doggett Hobart warehouse almost daily as it’s right near where I live. Anyone who has worked in print should know Ball & Doggett so it stood out to me. I wondered if they had a spare corner of the warehouse that I could use. I had read the Ball & Doggett blog a few times and thought I might make a pitch along the lines of ‘if you let me paint on one of your walls you could feature it on the Ball & Doggett blog… and I’ll paint over it when I’m done.’ I spoke to B & D Tasmania Regional Manager Ian Jones and he was really open to it and suggested a ‘little’ space upstairs that was just perfect. The space was way bigger than anything I had worked on before and I had never worked on a concrete surface. So the challenge was on. Everyone at Ball & Dogged Tasmania were great, very welcoming. I got to work to the background noise of the forklift and trucks coming and going in what is a very busy warehouse. I really can’t thank Ball & Dogged TAS enough. In the end they didn’t want me to paint over it.

What is the mural about?
The mural concept is a support piece for a children’s magazine project I’d been working on for the last 6 months which is all about Tasmania. Some of the images and themes in the mural are from the magazine and the mural shows the contrasting parts of Tassie, but overall its just a big fun map.Tasmania is such a great place, If you can’t see something spectacular in 1.5 hours drive from your home base you are very hard to please.

Tell us more about the children’s magazine

Well, it’s all published now. It’s called Do! Tasmania. It’s a 40 page magazine full of dot the dots, mazes, puzzles and facts all about Tasmania written and illustrated by me. The overwhelming theme for the Do Mag is doing, activity, getting out and enjoying the world. I was lucky to have a one off pop up launch at Salamanca Markets where I did live drawing and colouring-in with all ages. The kids were colouring things in as fast as i could draw them. The mural work was great practice for this sort of event which I hope to do more of to promote the magazine. I did a very short run of the mag to test the waters. It’s available at a few select locations (only in Tasmania) and online at www.pofoshop.etsy.com. Peeps can contact me if they would like some more info.

What’s next?
I learnt so much doing the mural. A lot of technical things like, what works for me, what doesn’t, what not to do next time, how long it takes. It also made me learn about my craft on a deeper level. When you work digitally you can endlessly massage the work to suit a desired end result. The mural experience was a lot more pure, you put a line down and well, that’s it. You zcan fiddle and muck around to try and perfect it but in the end you just have to move on. There were times when this frustrated me and I would think why did I ask for this, but now that it is done I’m sad its over. I have some more magazine and poster projects on the horizon and I am thinking about another mural…looking for my next space now.

Look out Tassie! I think we’d gladly have you back to paint some more goodness. 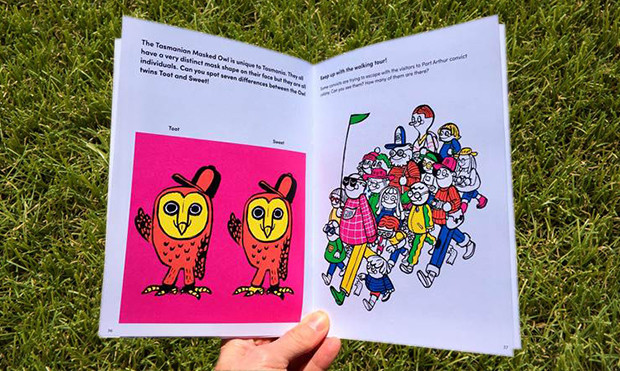 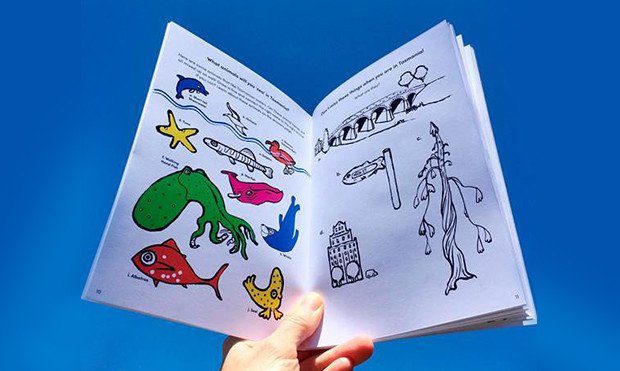 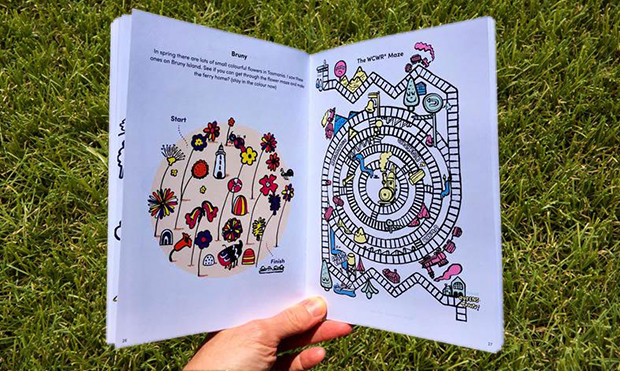